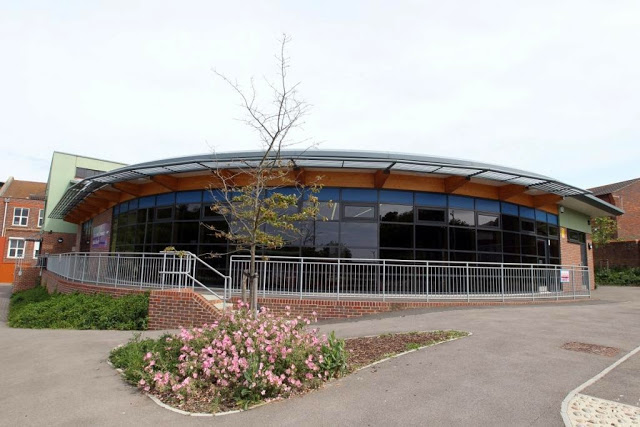 Today we had our second visit to the library in Whitehawk   It is housed in a lovely large spacious modern building and as well as books also loans out toys – which was our real reason for visiting.  We went there for the first time a few weeks ago and I immediately wished we had been sooner.  It has a wide range of toys and games that can be borrowed for 3 weeks at a time.  You can take out 2 toys per library card (child or adult) and then you can also take out story bags on top of that.  There are no late charges on the toys regardless of whether it was taken out by a child or an adult. 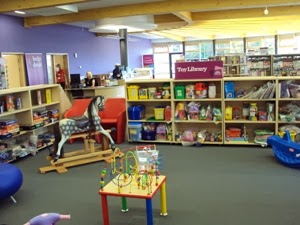 My kids are 3 and 5 and there were plenty of toys which were suitable for both of them there.  The story bags in particular are brilliant. They include a story or two and a sheet with jokes or poems and so on related to the stories. Plus most bags include some kind of relevant toy, possibly a dressing up costume and maybe a game.  They are all different but really good.  Today we got ones out related to knights and maths.
We could actually kit out our toy needs entirely with the amount of toys we borrowed today.  My older son is a little sad he can’t keep the toys, but I did tell him he can renew the toys a couple of times and I’m pretty sure by that time he will have had enough of them.  One of the library assistants suggested last time we went that it can be a good idea to borrow the toys, find out which ones the kids want to keep playing with and then buy them their own versions for Christmas…  My son is besotted with the pirates and they were the only toys he wanted to renew from last time which is great as I have already bought him some pirates!
Today we borrowed:
Plus the 2 story bag sets I mentioned, plus library books! 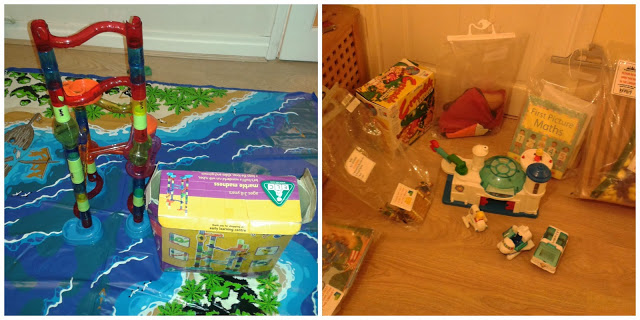 When I went to the toy library we were the only family in there – we did go early in the morning and then later on another family arrived, but really I think it should be packed in half term.  It is a free outing, then it provides free entertainment for the rest of the week!  Plus my son found a knight costume in the knight story bag and went out trick or treating in it!
Happy Halloween everyone by the way – hope you are all having fun!
If you liked this post I would really appreciate it if you click like on Facebook and follow on Twitter – thanks!

2 thoughts on “A trip to the toy library!”