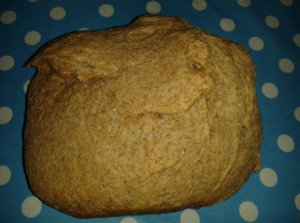 It’s time to stop wasting bread. As one of Britain’s most wasted foods in 2013 WRAP reported that the equivalent of 24 million slices of it are thrown away in the UK every day! Ends and crusts are notoriously unloved. Whole loaves go in the bin though, because too many were made and sold by the shops. We also buy too much (often encouraged by cheap prices, special offers and larger loaves working out cheaper than the smaller ones).

What can we do to massively reduce all these loaves being thrown in the bin? I asked the members of the reduce your food waste Facebook group what they do to avoid wasting them and I have listed their recipe ideas below. Their first tip though, was that if you know you won’t be able to make it through a loaf in time, freeze it!

I freeze bread all the time. If I freeze it sliced, I freeze it at angle because it makes it easier to separate the pieces once it is frozen. It will last longer in the freezer and defrosts well. Defrost rolls in the fridge over night to be able to cut them in the morning. Alternatively you can freeze rolls cut open with the pieces separated out to start with. Frozen slices of bread defrost quickly. We often make sandwiches in the morning with the slices still frozen and by lunch time they are fully defrosted. You can also freeze breadcrumbs until you need them.  With or without a freezer though, you still might find yourself a loaf you are not sure what to do with.

Savoury use it up ideas shared by the group included:

So next time you are faced with an excess/ stale / day old bread, don’t bin it, use it up instead!    Another post you might like: Making bread the zero waste plastic free way

For an overview of how to reduce your food waste buy my Eco Thrifty Living Book ! One of the central themes in it is reducing waste and the first chapter is all about reducing kitchen waste. The suggestions I make are affordable and could save you money! I think it’s a great introduction to the eco-thrifty life but I’m probably biased. Before you make up your mind, check out the reviews on Amazon and from bloggers: Frugal Family, Inspirationalise , A Refuge for Daffodils and Allotment Recipes.