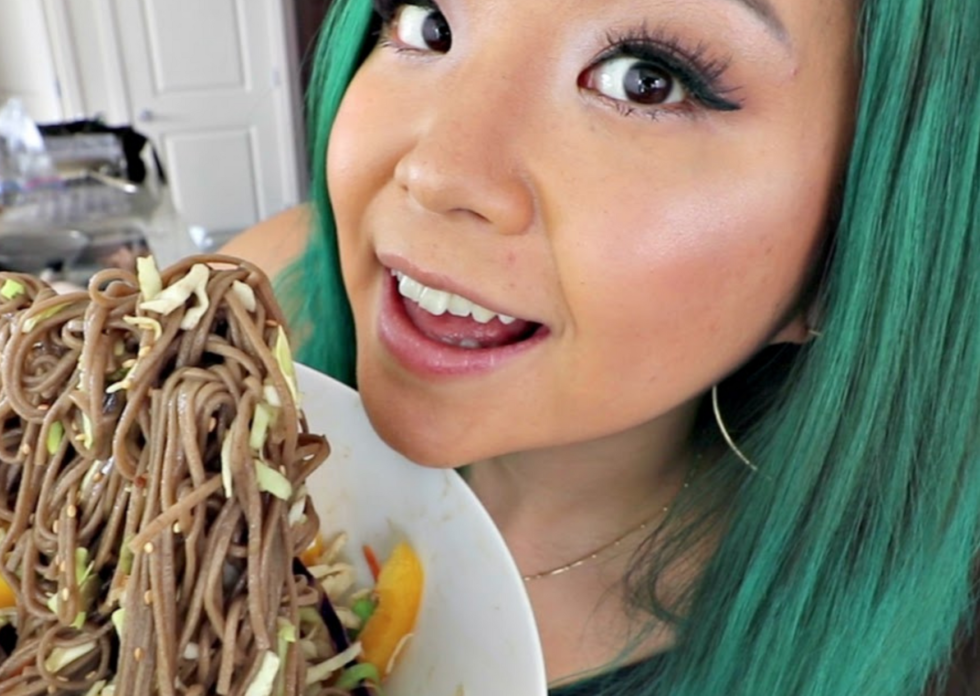 YouTube is a great place to find inspiration on living a vegan life. From recipes to product reviews, to tips, here are 7 great vegan YouTubers which are well worth checking out

Vegan YouTubers that are budget friendly

Over half a million YouTube subscribers watch Rachel share her journey of living a vegan life, her vegan recipes and food reviews. I love her enthusiasm. She shares some amazing looking Carribean recipes. Rachel has a series of £1 easy vegan student meals. She also has another series where non vegans try vegan food, which is a great one to watch if you are a meatlover or if you know a meatlover. Seeing people try vegan food and not being able to tell the difference can make meatlovers curious about trying it. Sometimes she mixes a recipe in with some vegan beauty / exercise/ day in her life.

A channel all about vegan food, from budget friendly recipes to her challenges. There is lots of Asian food on this channel. This vegan YouTuber has 700K subscribers.

With over 1 million subscribers Gaz posts weekly vegan recipes, everything from vegan cheesecake to vegan gravy.

The Happy Pear upload 1 vegan recipe a week, from deserts to curries. They come in at just under half million subscribers .

193K subscribers. 2 guys that went vegan. British. Lots of comfort food. Older videos don’t show them in it, but the newer ones too and their video about lentils made me laugh – what words can you rhyme with lentils? Their channel is well worth a watch!

With over quarter of a million subscribers, this channel is not just about vegan food but also about ethical fashion, zero waste, minimalism as well as vegan recipes. Encouraging a low-impact lifestyle

So there you have it – 7 great vegan YouTubers to check out and get inspired by!