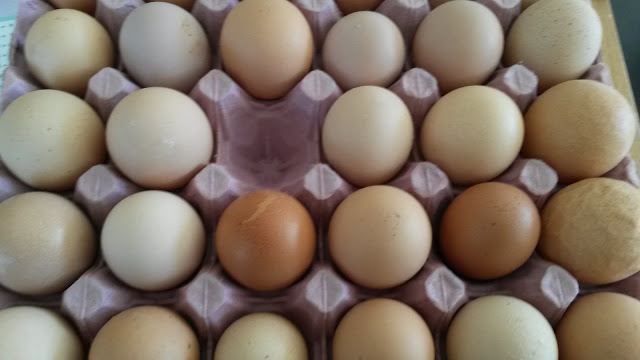 Lifestyle
It’s day four of Zero Waste Week and I have to report some food went to waste today dun dun duh!
Breakfast was ok – we had the usual porridge and banana with the banana peels going in the compost.
A friend dropped off some eggs mid morning – I run a group where we take it in turns to go and buy organic free range eggs from a local farm in bulk. They are so much cheaper than the supermarket and it is great to support a local farm. However one had a crack in it and I wasn’t there when she brought them round – they had been left outside for a bit and I didn’t want to risk using it, so I chucked it on the compost heap. I didn’t remember to take a photo – so here is one of the missing egg.

At lunch time I had the most amazing salad. It was my first ever entirely home grown/ foraged salad substantial enough to eat without supplementing with other bits – thanks to Mr ETL for growing a lot of it! It was bitter and sweet with loads of incredibly tasty ingredients including, rocket, sweet woodruff, lemon balm, a extremely over ripe tomato which was very sweet, cucumber, onion, courgette, plum, blackberries and grated frozen horseradish. I also added some of the blackberries which we foraged for yesterday. If you have never grown tomatoes or courgettes and you like them, you have to try it – they are the tastiest ones you will ever eat! Unfortunately I got a bit distracted towards the end of my salad and some bits ended up not getting eaten and put on the compost heap… 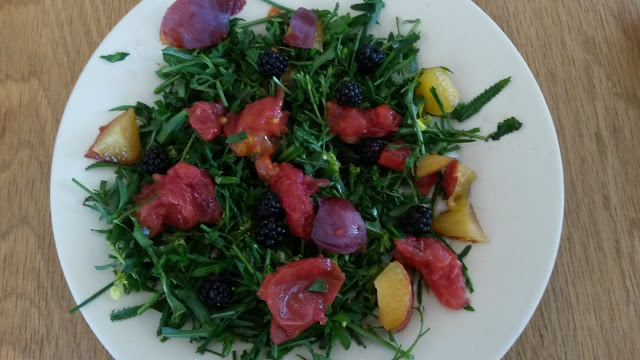 Rocket with the plums, blackberries and tomatoes 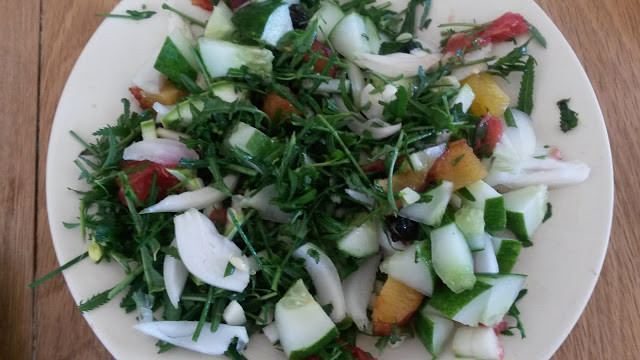 The rest of the salad ingredients added 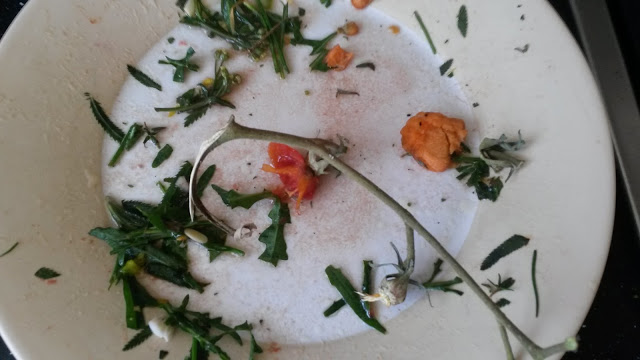 What was left at the end – including a tomato stalk.
That was only a tiny bit of salad though, my worst offence today was related to plums. When I was picking a couple for my lunch I noticed some rotting on the tree and some not looking so good on the ground as well – quite a lot of them! I’ve been leaving them on the tree to pick as and when, but I think now might be the time to pick the rest of them and put them in the fridge. 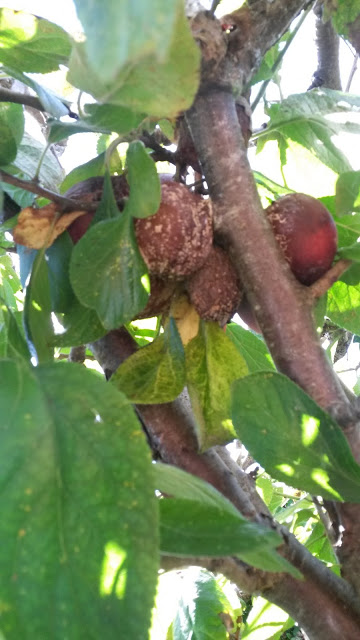 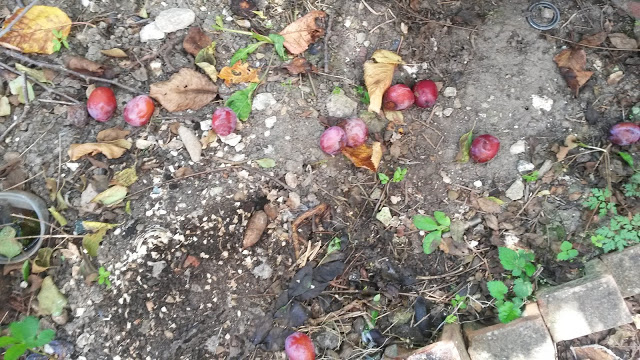 For dinner we had tuna pasta/ cauliflower rice. I used up the ends of various different packets of pasta and added some ground up mustard seeds to the tuna, which I noticed in my spice cupboard when I was having a clear out of it. I used half a cauliflower which I steamed over the pasta to save energy. I put the whole thing in the steamer including the leaves and the stem and when it was cooked I added some saffron, which smelled nice and tasted nice too (although it was a very mild flavour).  The kids had some yoghurt with chopped up kiwi and plum for dessert and my older son had a satsuma – more peel in the compost….. 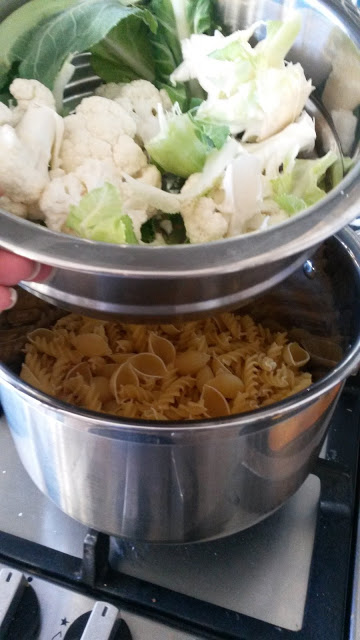 About to steam the cauliflower over the pasta! 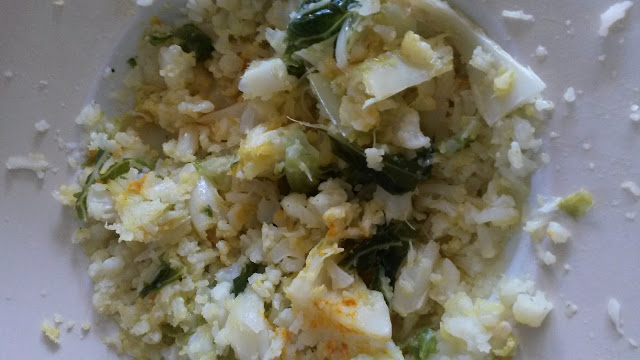 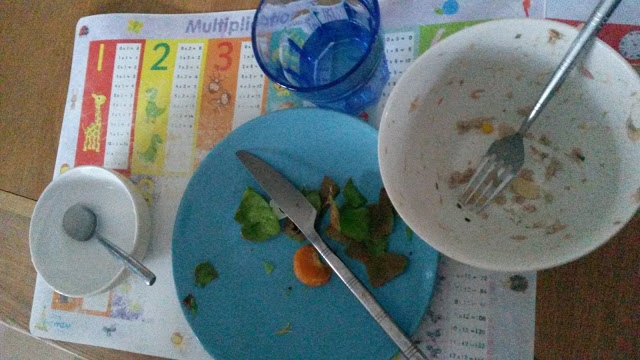 I’m noticing a trend of not using up my fruit / veg peelings, but I don’t want to make stock as it takes hours and then you have to use it or freeze it and that could take up a lot of space in the fridge or freezer! I know that you can polish shoes with banana peel, but there is only so much shoe polishing I want to spend time doing (i.e. none), so I’m all out of ideas for how to use up peel…Anyone have any great ideas out there that don’t take up much time, space or energy?

Hope you all had a great 4th day of zero waste week and that tomorrow there will be less food waste in my house for the grand finale of ZWW 2016!