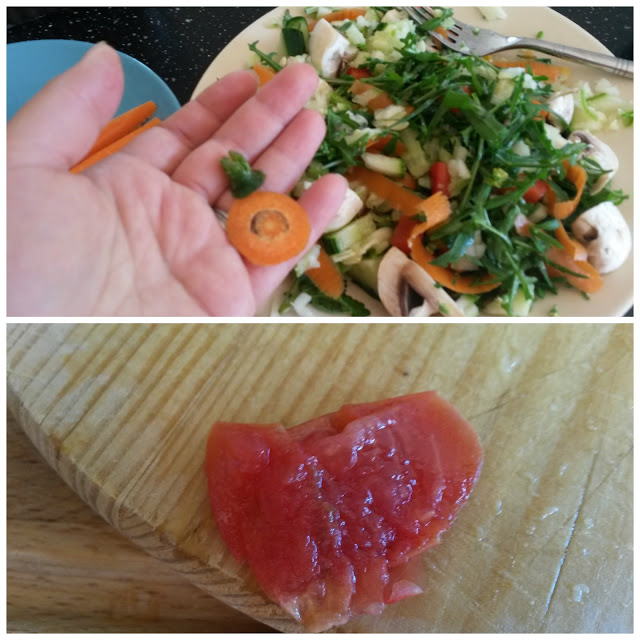 Lifestyle
It’s day 3 of zero waste week 2016, the theme being food waste this year!
Last night I got invited to host #MondayMoneyUK by Andy from @UKMoneybloggers on Twitter. It was the busiest hour on Twitter I’ve ever experienced, but it was fun – thanks to Andy for organising it! I asked 5 questions along a zero waste week theme and lots of great tips were shared! Check out a round up of what went on here #MondayMoneyUK – Zero Waste Week Twitter chat
Today I was feeling pretty chuffed with how much progress we have made when it comes to reducing our food waste compared to last time we did a food waste diary and we again had very minimal food in the compost heap! In fact the only food that went in the compost was some banana peel, the end of a carrot, the bottom of a cucumber, a bit of tomato that wasn’t so nice (looks alright on the side I took a pic of, but it wasn’t on the other side), some fish bits and bones and some potato peel (yes I know I could have used it for something, any suggestions?).
For breakfast we had porridge and banana – no waste except the banana peel.
For lunch I made myself a salad using up rocket, tomatoes and some of the massive courgette from our garden as well as other veg from the fridge.

I also made some rolls for the kids, some of which I added cheese on top! I’ve never made cheesy rolls before, but they turned out ok luckily. I froze the ones that didn’t get eaten so that they won’t go off before they can get used! 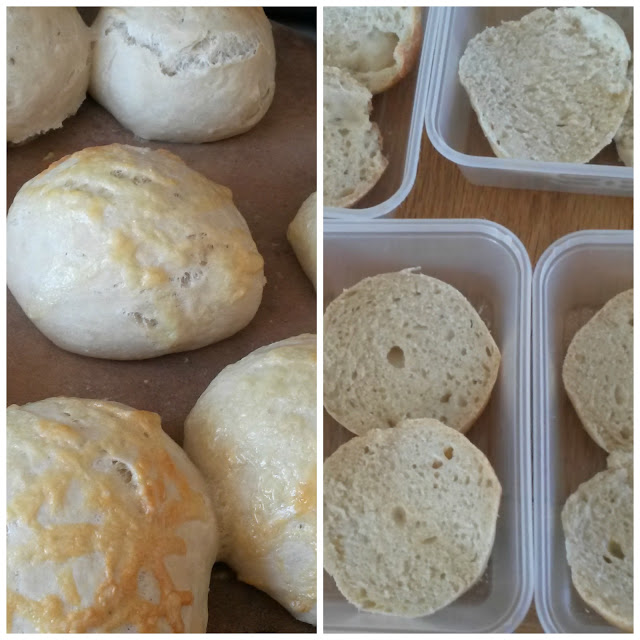 We went out blackberry picking in the afternoon and came back with these beauties, well actually they weren’t the best I’ve ever seen, but I’m not complaining about having some free food! 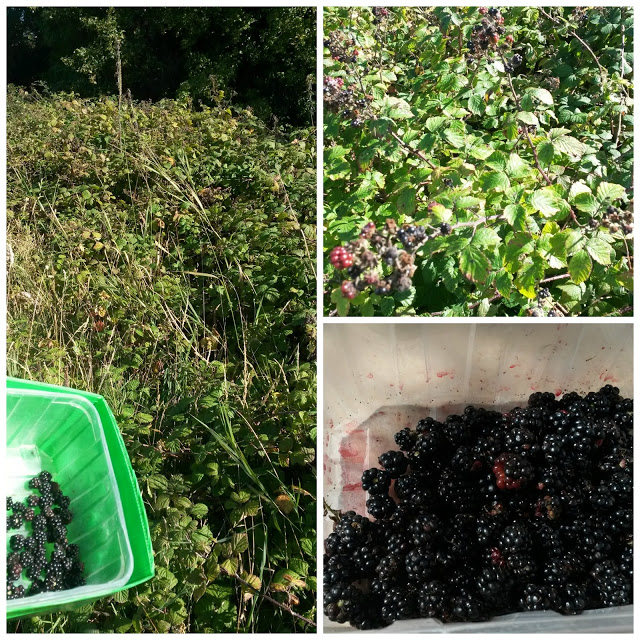 We also came back with this beautiful passion flower which we found overhanging from someone’s garden into an alleyway. The kids decided to put it in a flower press, so we managed to avoid wasting it phew 🙂 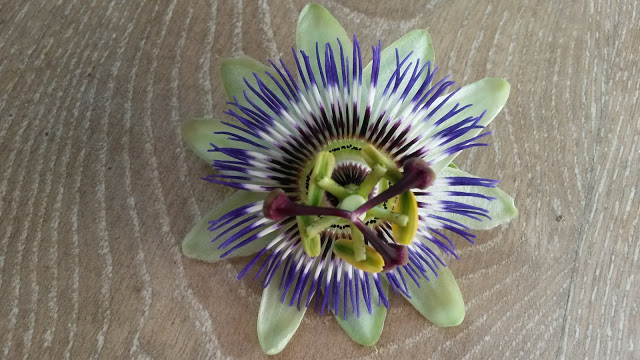 We  had some delicious apple juice lollies when we got back from blackberry picking. We got given the apple juice from my uncle and his girlfriend who we visited when we were over in Brittany recently – thanks guys! They have loads of apple trees and each year they juice the apples to drink all year round! 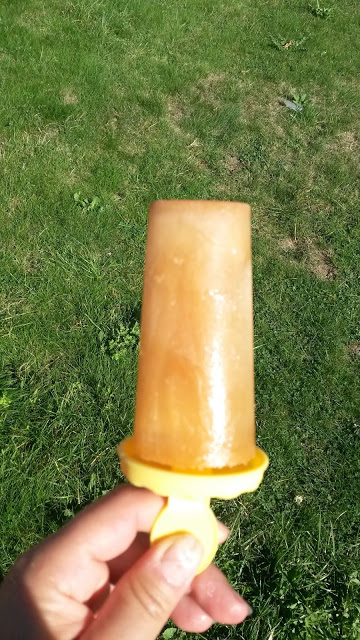 For dinner we had some mackeral which had been in the freezer for a while and I had forgotten about, some chopped up potatoes and sweet potatoes and some peas. I also had some more of the massive courgette, which tasted absolutely amazing steamed with the fish!  As I said before I did put the potato peel and fish bones and bits the kids didn’t like in the compost at the end of the meal. 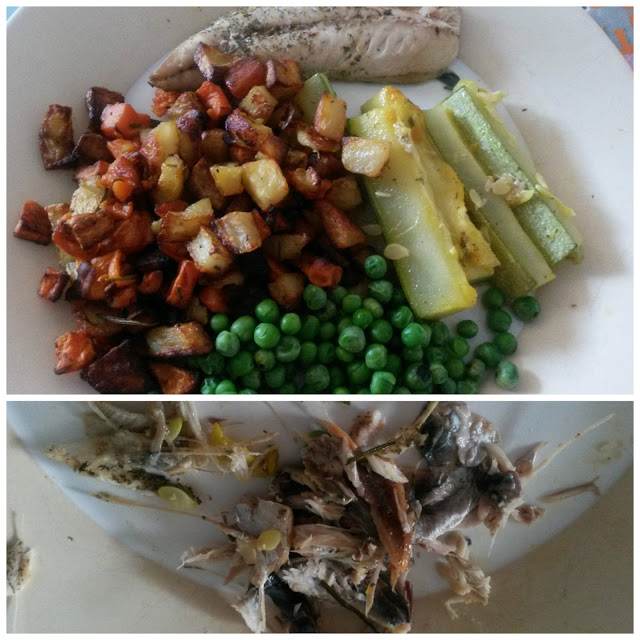 For dessert we had banana icecream (frozen blended over ripe banana) – some mixed with cocoa, some mixed with blackberries and some plain. I also added some frozen milk to the mix! I froze the milk when we went away and couldn’t use it all up and the bananas got frozen because they were a bit too ripe to eat! Strangely there wasn’t even a tiny bit of this left… 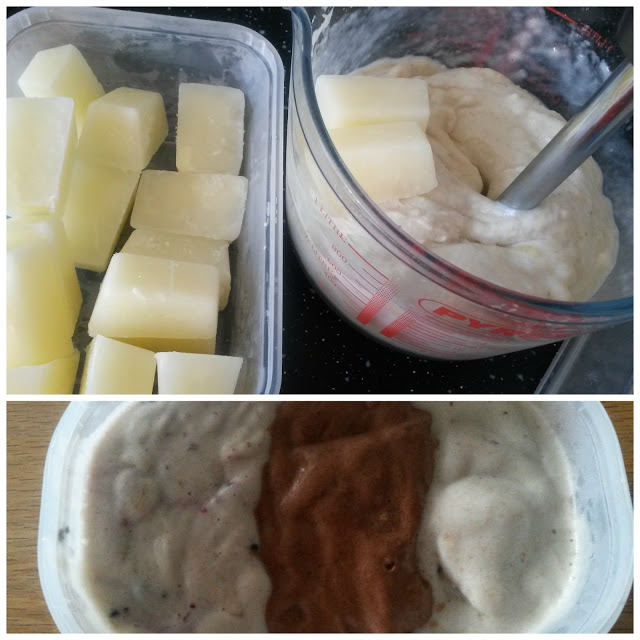 Following on from yesterday I found out that plum pit nuts are not edible so don’t try them and that chopping off a bit of cinammon stick and putting it in hot water makes a really delicious tea! I’m going to put the rest of my cinammon sticks and my licorice root in my tea cupboard now!
Hope you are all enjoying zero waste week – how is it going for you?
Tagged: zero waste weekpast challenges