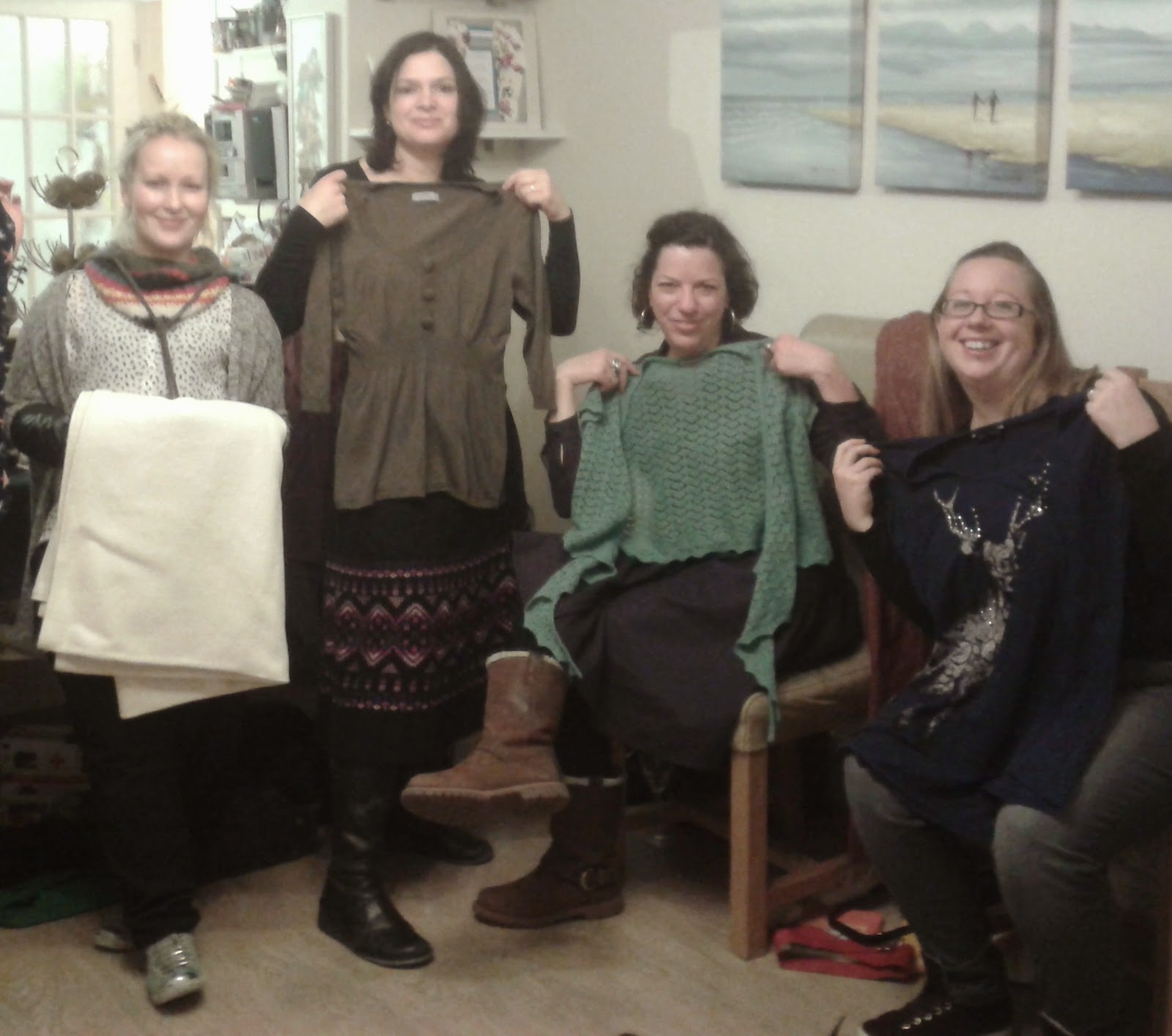 Get your clothes for free! 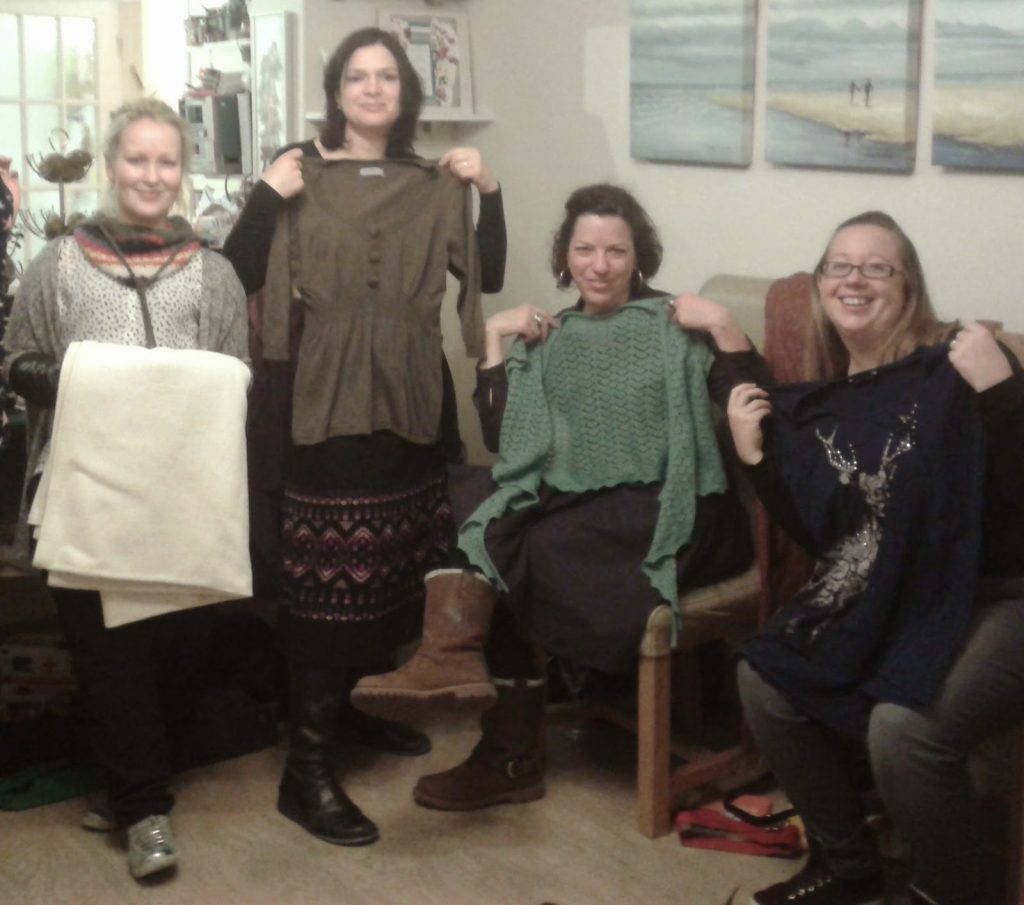 Clothes are expensive and the average UK household spends around £1200 on clothes a year. Even the cost of cheap clothes adds up because they are unlikely to be made to last and it is tempting to buy lots of them. Secondhand clothes are an affordable, ethical and less toxic (read more here about the toxic chemicals in our clothes) alternative to new ones and it is far better for the environment for us to reuse unwanted clothes than to buy new ones at the rate we are buying them.

Going to a charity shop is an easy way to get hold of inexpensive secondhand clothes, but there are other options. We are currently drowning in a surplus of unwanted clothes. According to Wrap ‘More than 60% of householders in the UK say they have unwanted clothes and textiles stored in their homes’.  Plus each year ‘around £140 million worth (350,000 tonnes) of used clothing goes to landfill in the UK’ and this only accounts for over 30% of our unwanted clothes!

To my mind it makes absolutely no sense to go out and buy new clothes, when I can just shop in my friends and neighbours wardrobes. They don’t even want to charge me for the pleasure of it and they might also do me the favour of taking some of my unwanted clothes off my hands! How does this work?  The answer is clothes swapping.

Clothes swapping is such an easy thing to do.  In the past as I have lost or gained weight I have asked around my friends if they had any clothes that fitted my size that they weren’t using and I have been given a lot of clothes in exchange for my clothes that no longer fitted me. I much prefer this to trawling the shops for clothes that I like/ fit me and found it a whole load less stressful. Plus every time I wear the clothes I think about the kind friend who gave them to me.

I haven’t swapped clothes in a little while though and recently decided that it would be fun to have a clothes swapping party to give my wardrobe a bit of a refresh, so I invited a whole load of people round.

The first time I did it, it wasn’t a success – although quite a few people seemed interested in the end everyone cancelled on me. It is winter and lots of people weren’t well, but I wondered if people just weren’t up for clothes swapping.  I am so used to the idea of it that I forgot it might seem a bit strange to people who haven’t done it before.

Some people did seem really up for the idea though and they encouraged me to have another go, so I did and I created a Facebook event, which I kept updating with information about the clothes swap mainly to remind people that it was happening, but also to widen it to an anything swap (within reason, there were a few jokes about husband swapping and kid swapping going on 🙂 ), because lots of people told me they didn’t have any clothes to swap. I didn’t want to make it tit for tat, so I just told people to bring things they would have given to a charity shop anyway and to take whatever they like.

It did go ahead this time in the end and I had a lovely evening with friends who brought loads of clothes, some bags, jewellery, books, toys and other bits and pieces to swap. Someone even gave me a bag of clothes to share out at the party.  She couldn’t come herself but was happy to just give me her unwanted clothes. I think everyone took something home and they left me with the bulk of it to do whatever I wanted with.

So if you want more clothes than you know what to do with entirely for free – host a clothes swap party! If you are thinking of doing this my advice would be:

I am going to make it a regular event and try and do a swap party every few months. Next time I am going to extend it to a clothes, toy, plant (I’m thinking veg seedlings) and food swap.  I think it is a great way to get some new to me clothes, new to the kids toys and have a nice evening with friends! Plus I think it is a good reminder to have a clear out of the cupboards to see what food we aren’t going to eat. If I end up with more food than I can use I can always give it away on my foodsharing Facebook group (read more about that here).

I have a lot more clothes than I started with now. I really like quite a few of them which I will keep.  I don’t want them all though, so watch out for my next post on what I will be doing with the rest of them!