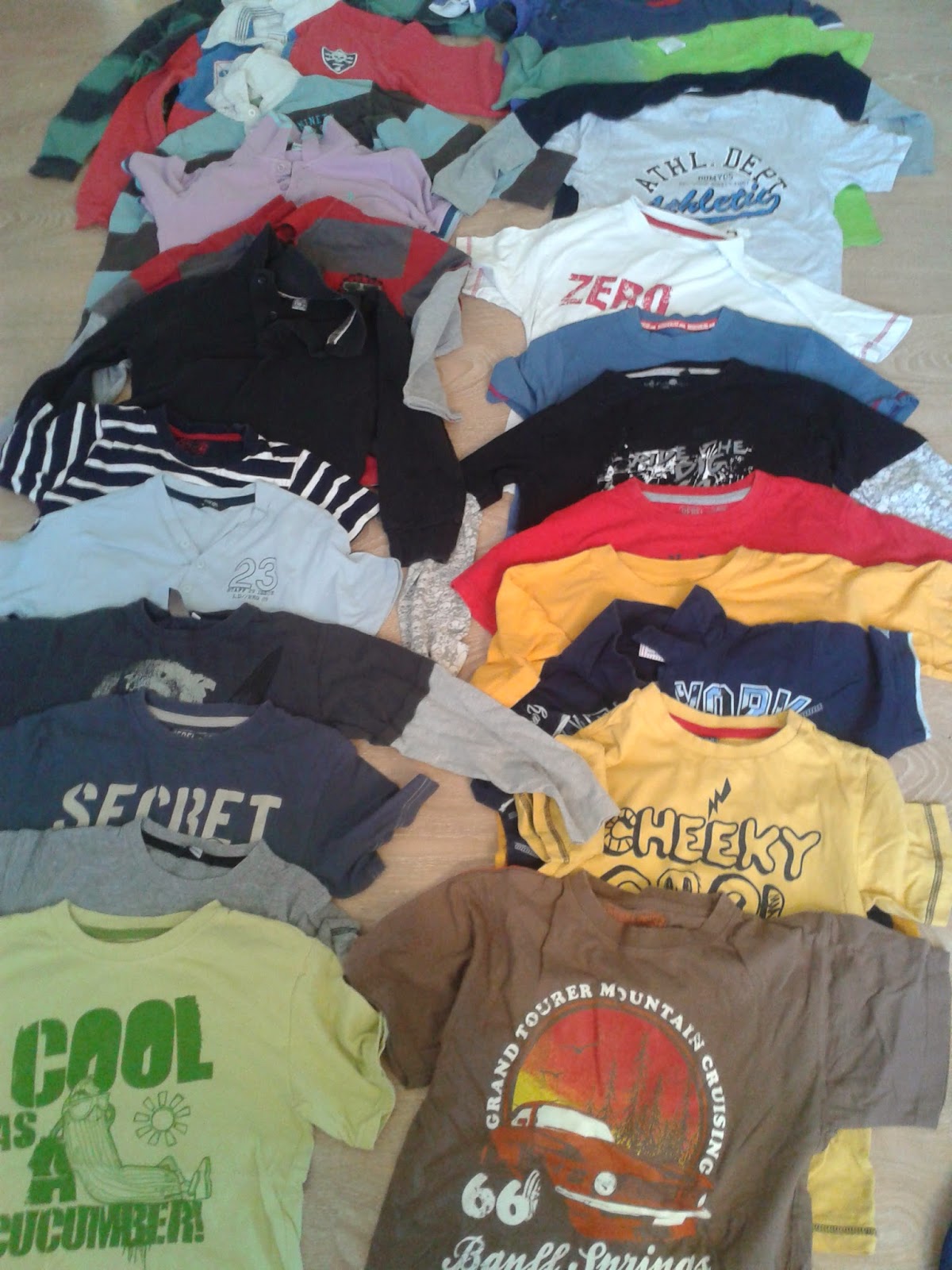 Is it ok to be given clothes for free by a stranger? 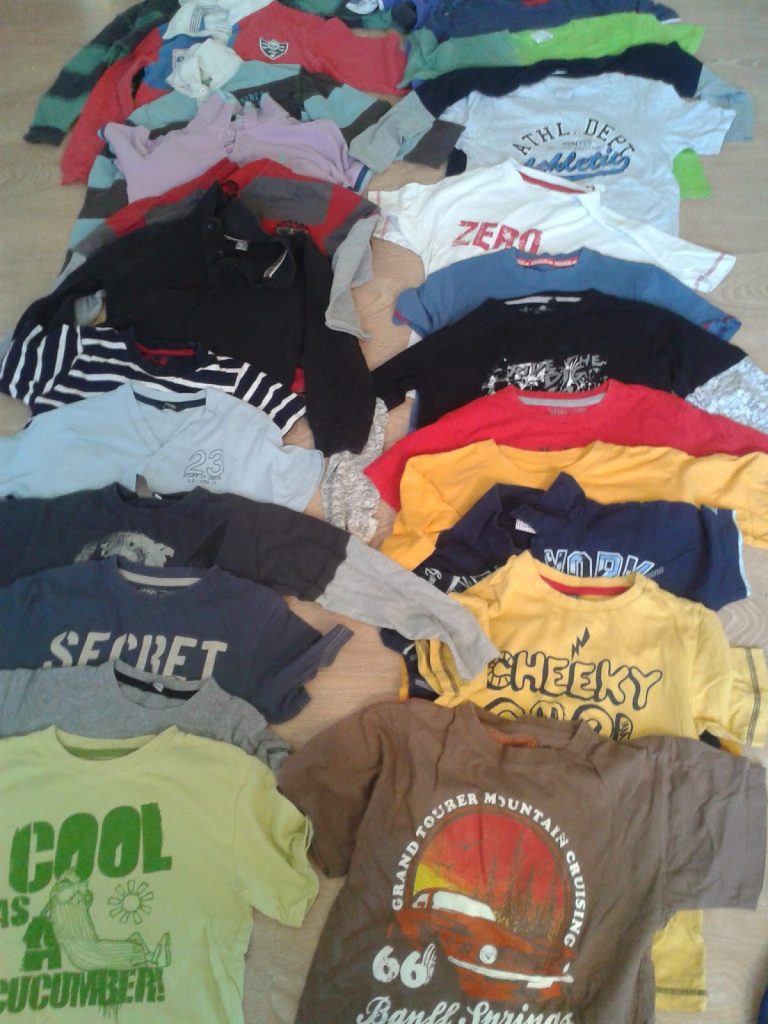 I get emails from Freegle and Freecycle daily, often several times a day and less frequent ones from Streetbank.  If you haven’t already heard about them, they are sites via which people can give their stuff away for free.  There are no charges to sign up and no-one can ask for anything (be it money or other stuff) in return for their stuff.  Basically they are brilliant and I can’t remember what life was like before I discovered them.  Whenever I get the emails I try to have a quick look through and although sometimes it seems as though there is nothing interesting on there for ages, at others I find loads of things that would be useful.
Last weekend someone was giving away a folding caravan! I asked for it, but I was too late (you have to be quick off the mark). It was a doer upper, but I thought we could have a lot of fun with it and share it with all our friends. Oh well, I’ll just have to keep my eyes peeled for the next caravan being given away!
Then someone offered a bag of aged 6-7 boys clothes on Freegle, which I sent an email asking for as quickly as I could and we were very lucky to be given them. My son turns six within the next few months, so the timing was perfect! I couldn’t believe how many clothes the very kind lady gave us.
There were about 50 items, including t-shirts, shirts, shorts, jeans and more! We are totally sorted for t-shirts and shorts now for both my boys in that size (apart from school uniform).  In fact we can’t use all those t-shirts and will be giving some away to friends and family as we don’t want to keep more than we need.

By using Freegle we saved ourselves bucket loads of money – if I had to hazard a guess and priced each item at an average of £7 (most of it was branded stuff) this lot could have cost us around £350! The clothes were in really good condition and many looked as though they had been hardly worn. As I was sorting through all the clothes though I asked myself three questions:

Question 1: Is it fair that the family who gave us these clothes must have spent so much money on them and we just got them for free?

My answer to myself was this: just because I could go out and buy new clothes (if I really needed to) it doesn’t mean I should.  Getting pre-loved clothes for my kids is by far the most eco-friendly option (at the moment). It saves all the environmental impact of making, transporting and selling new clothes and saves them from landfill after being used. We will give away the ones we don’t need. My older son will wear these clothes, then his younger brother and then any that survive will be passed on to someone else.  Anything that doesn’t survive will get recycled. Nothing will go to waste.

Question 2: Is it fair that we got these clothes for free when there are probably families out there who need them more than we do?

This is a tricky one.  Those families could also get clothes for free (or very cheap) via sites like freegle, freecycle and in charity shops. I guess you could argue that if I hadn’t snapped them up someone else would have had a chance to.  However there would have been no guarantees that they would have gone to people who needed them more than us.  Plus if we had bought the clothes really cheaply at a charity shop I probably wouldn’t have thought twice about taking the opportunity away for someone else to buy those clothes so cheaply – why does their being free make a difference?

Thinking of those families who are in need, we could give money to charity each time we get clothes for free, or we could just keep doing what we are doing and keep giving away the things we don’t need (read more here) so that someone else can use them (whether they can afford to buy them or not) as the more people that give to each other, the more it is likely to encourage other people to give (well that is my theory anyway – see more in the answer to question 3 about this).

There is another element to this as well.  If people who can afford to buy new clothes start routinely wearing second hand clothes and proudly advertise that, it can help to change societies attitude to clothes and help to slow down the relentless production and purchase of new cheap clothes.

Question 3: Does it need to be fair?

The best type of gift is one that is given with nothing expected in return. Things given away on Freegle and Freecycle are gifts from one stranger to another.  To take it further, the argument in favour of a moneyless society as put forward by the Moneyless Manifesto (you can read it for free here),  is roughly this:

So I fully and wholeheartedly support sites like Freegle, Freecycle and Streetbank, which are helping to move us towards a society where people give and receive freely.  A society where we can replace a system of exchange and transaction and the ensuing environmental degradation with intricate networks of good relationships and a culture of sharing and I highly recommend signing up to them!

P.S nearly forgot to mention the plastic free element of this – the lady did put all the clothes in a plastic bag, but if I had bought these new or secondhand, they would have all come with price tags on them most likely held together with plastic and some may have even come in disposable plastic packaging, so getting clothes for free is a good way to get them without excess plastic packaging!