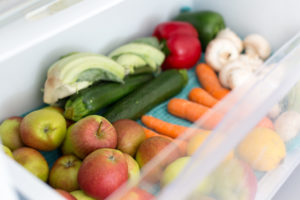 Why becoming a zero waste, minimalist, vegan is not the solution to all our problems

Can being Vegan, zero waste and a minimalist save the planet?

Wouldn’t it be great if we stopped destroying the rain forests. If we removed all the plastic from the seas. If endangered species were no longer endangered and climate change was halted? So many of us are really hoping and praying that these things will happen. Hoping that we haven’t already gone too far in destroying this planet and that there is hope for future generations.

On my eco-friendly money saving journey three key themes have emerged as ways to live that can help.

These movements combined seem a lot like the answer to all our problems. I can’t claim to be a strict vegan or a minimalist. However, I’ve had a good go at living the zero waste, plastic free life. I’ve also been heavily influenced by minimalism and veganism and see them as goals to aspire to.

These lifestyles have a lot of value in them and they are having a really positive influence on people and the environment.

But, they are not the right answer to everything all the time. As poster children for reducing waste, eating less meat and dairy and buying less stuff they work well. They inspire people and they make people think about their way of life. However, if followed to the letter they can go too far.

It is not possible to stick to them religiously unless you become entirely self-sufficient. This may be a possibility for an elite few, but not for the masses.

I think it is incredibly important that we recognise this. We shouldn’t get caught up in sticking rigidly to one way of doing things. We need to recognise the down sides of the alternative lifestyles too.

Too often we are sold things based on what they are not. Instead of what they are. Missing the fact that although something may not contain X,Y and Z. But has been replaced by ingredients which may be a big problem for different reasons.

I could give you countless examples of this! For one, microfibre cleaning cloths. They are sold as an eco-friendly alternative to using antibacterial sprays, but one problem is just swapped for another.

Yes we reducing chemicals in our homes. But when the cloths are washed this releases micro plastics into the oceans via our washing machines.

When we make moves towards Veganism, minimalism and zero waste we need to be mindful that some of the things we are sold come with problems of their own.

You might think, well then we need to swap out microfibre cloths for something that is more eco-friendly. I’m sorry to tell you this, but there is a downside to almost every alternative you can think of.

That is because we do things in large volumes and we rely heavily on monoculture. I.E. farming the same crops and live stock en masse in the same fields, with no or limited tolerance for any other kinds of flora and fauna.

There may be better choices we can make, but there are rarely perfect ones.

Anyone who buys food however zero waste or plastic free or vegan they they still produce waste. Organic foods are still sprayed with pesticides, they just aren’t synthetic ones.

There are times when choosing the vegan, minimalist or zero waste path, won’t work for you. It isn’t solving you problems or won’t be the best choice for the environment.

When zero waste Veganism can not work;

For the reasons explained, I think it is important to set boundaries for your lifestyle.

Veganism, minimalism and going zero waste are not the solutions to all our problems all of the time. It is a bit more complicated than that.  What we really need is to consume less of everything and diversify. By diversify I mean, rely on a greater range of resources and species e.g. there are lots of different types of fish but most of us in the UK rely on fish like cod, tuna and salmon (although it is contentious that there are any types of fish that are sustainable at the moment) and you can make clothes from bamboo, hemp and nettles, but most of the ones we buy are made from polyester and cotton and so on.

Being a vegan, minimalist or zero waster doesn’t always stop you from consuming more than your fair share of resources. Remember, you can avoid one problem by boycotting something, but then create another with the alternatives. It’s important to think about what the alternatives really mean.

We put so much pressure on ourselves to be perfect and if we are not careful veganism, minimalism and zero ‘wasteism’ will become just another stick to beat ourselves and each other with. We need to take the best bits from these movements, but accept that none of them are the solution to all our problems all of the time.