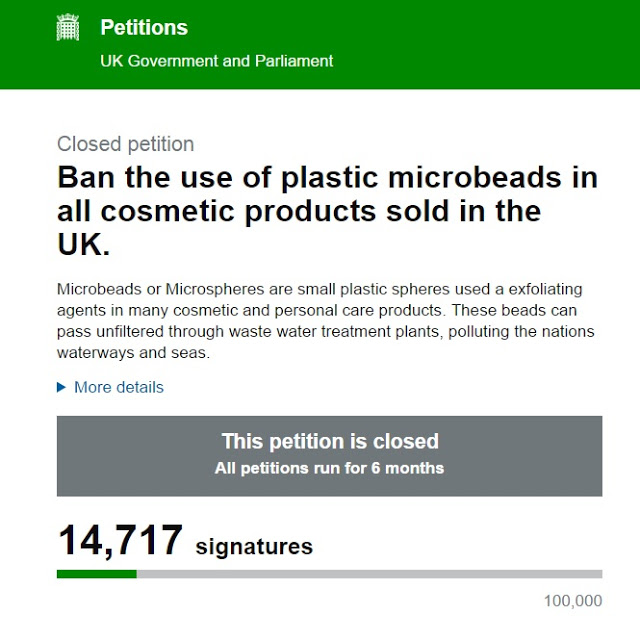 Microbeads are being banned in the UK!

It was announced on the 5th September that the government is going to ban Microbeads in 2017, which is just great! I wrote about the petition to get microbeads banned back in December 2015 and the government has listened after the combined weight of the petition and a report from the Environmental Audit Committee! Well done to all you guys for adding your voices in the campaign against plastic filled oceans!
I got an email this morning regarding the petition (they always send you an email to let you know what has happened when you sign a government petition) you can take a look here at the message sent out. One bit that stands out for me is this, quoted from the Chair of the Environmental Audit Committee, Mary Creagh MP

“Getting a change in Government policy is not easy. Public campaigning, including petitions, helps to highlight an issue amongst the wider public and within Parliament. I’d like to thank everyone who signed the petition. Your action helped pile the pressure on Government to ban microbeads.”

Signing a petition might seem like a small act, but it can help make a difference! Feeling good about this? Why not make a few more small changes like these suggestions for helping to halt climate change!
Tagged: plastic