Skip to content
Raised beds are a great way to grow vegetables. They keep everything growing where it is meant to be, are easy to maintain and slow the slugs down (a bit). A few years ago my husband made some for our kitchen garden and I asked myself the question of whether it was cost effective to grow veg (read more here and here). It wasn’t particularly cost effective the way we did it, but it was cheaper than buying a pre-made raised bed from the shops. Prices vary, but I saw one in my local garden centre for around £70, whereas the wood for the two beds my husband made cost £60. Raised beds might be a good investment if you get years of veg growing out of them, however now I know there is no need to buy a raised bed frame when you can get them for free!
I found a bath being given away on Freecycle earlier on this year and I convinced my husband that we really did need a bath to use as a raised veg bed in our garden. We want to maximise the space we have and grow as much veg as possible, so although we already have some raised beds, we wanted more! He went and picked it up, put it in the back of the car and brought it home. I was a bit unsure about whether the drainage in the bath was good enough with just a plug hole and my husband decided to drill some holes in the bottom of the bath to help with that. We also raised it off the ground on a couple of bricks to allow the water to drain through the holes.
The bath wasn’t particularly attractive in itself. I did think about decorating it a bit but thinking was as far as I got! 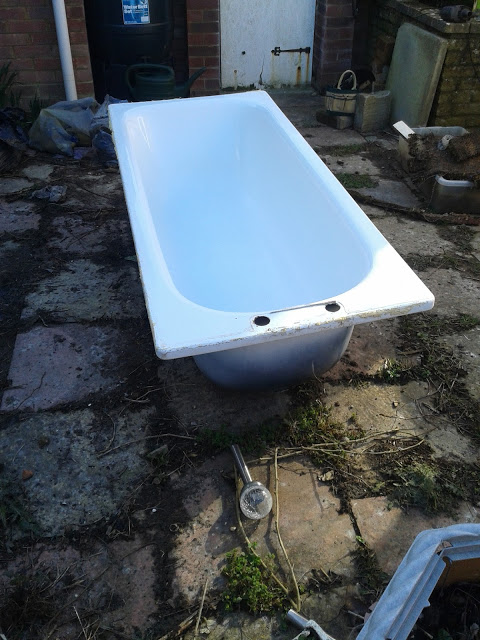 Now that we have veg growing in it though, I don’t think it needs decorating! 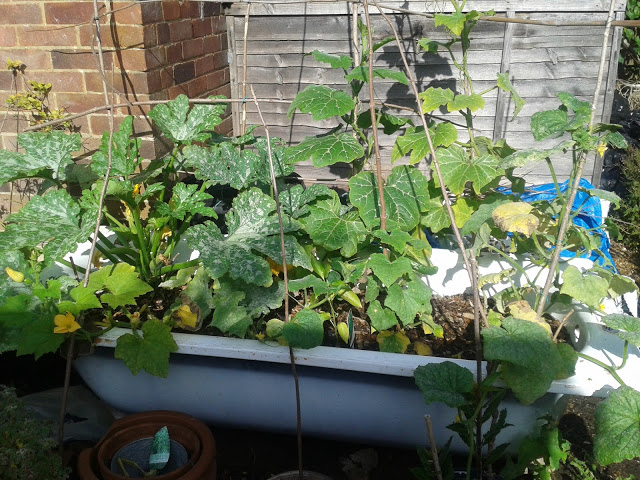 We have cucumbers! Is it just me or is this one looking rather rude :). 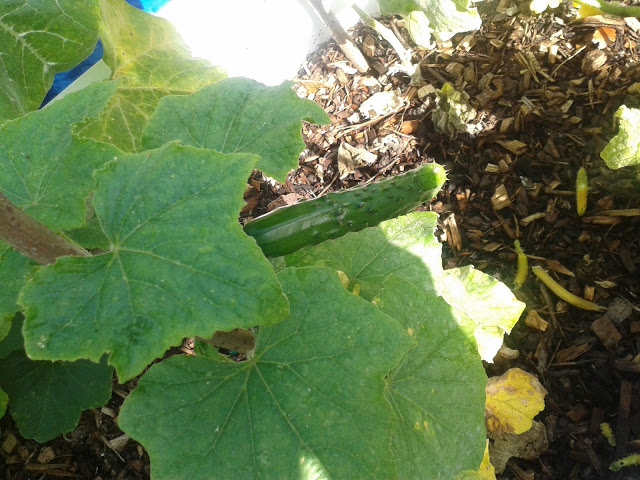 Courgettes are on their way – not quite big enough to pick yet. The picture makes them look bigger than they are. 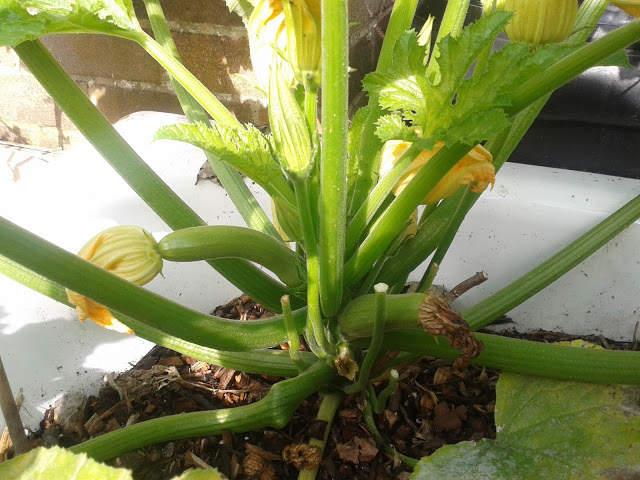 We also have some tiny squashes coming through – we think they are butternut squashes. The bath is planted full of random cucumber, squash and courgette plants and we aren’t quite sure what they are all going to turn out like yet!

If you are thinking of having a raised veg bed in your garden, although it is too late to plant most things from seed now, you could cheat and get some seedlings or small plants – ask around friends,family, neighbours and online if anyone has any going spare. You could always offer them a trade for something.
Our next project
I also convinced my husband to pick up a divan bed given away on a Facebook giving group a while ago. We were going to rent our spare room to two students at a time, but actually the bed wasn’t great – the mattress was rubbish, the whole thing stank of smoke and we changed our minds about having two students at once. We have just stuck with having one student which has worked well for us so far. Anyway, understandably my husband wasn’t very impressed with me as he told me it smelt of smoke when he went to pick it and gave me a chance to say no thanks. Plus he had to pick it up from a really awkward to get to flat parking wise, which was up a few flights of stairs. I felt bad about not taking it once we had said we would, and I wasn’t there and couldn’t judge quite how bad it was. When it came home I realised the error of my ways. I tried to make use of it, but then relegated it to the garage and admitted that actually I didn’t want it. Lesson learned though – only take stuff from smoke free homes!
The next plan was to chop it in half and take it to the dump, but when the fabric came off, it looked like this: 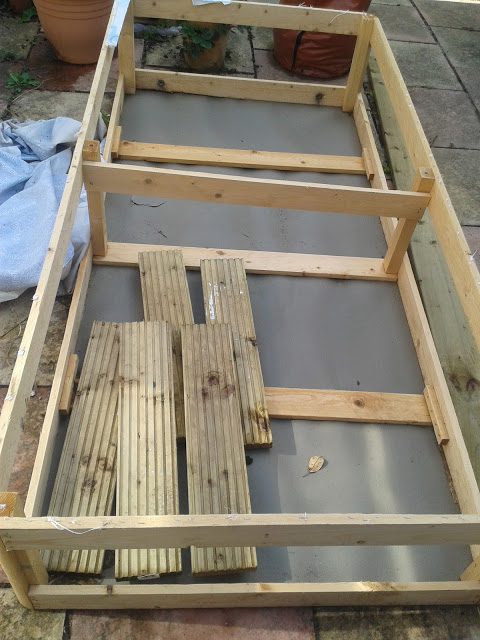 A few planks of scrap wood around the edges and maybe some waterproof (yes probably plastic) lining and I think we will have ourselves another upcycled raised veg bed there! Clearly I had that plan in mind the whole time and knew exactly what I was doing (or not 🙂 )
Warning – you do have to be careful when using upcycled containers for growing fruit, veg and herbs as some wood is treated with harsh chemicals which may not be food safe. A while ago my husband made a herb planter out of old pallets, but we didn’t line it and I was worried about what it might have been treated with so we got rid of it in the end – read more here.
How is your garden growing? Has anyone made a raised bed out of a bath, or an old divan bed or done any other upcycling in the garden? I’d love to hear about your projects!
If you liked this post please click like on Facebook and follow on Twitter – thanks so much!