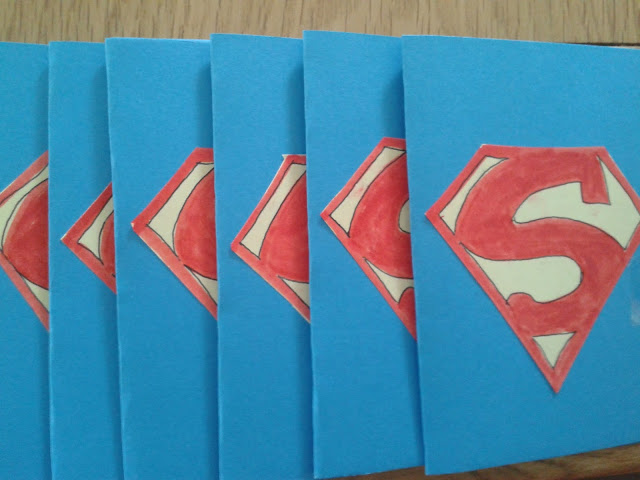 At the end of a party, kids really don’t need a plastic bag, filled with plastic tat! It is exciting for about 5 minutes and then forgotten about. I think the whole thing is a waste of money and resources. However it is traditional to hand out going home gifts at the end of a party and it can be tricky not to do it. So what can you do? Give out zero waste party bags and zero waste going home gifts instead! I’ve listed some ideas below:

I used fabric that had been sitting around unused in my home for a long time. Inside I added some out of date barley that would have been chucked otherwise. The fact it was out of date didn’t bother me, it was just that we had gone off it. The bean bags were made to last, so that they can be useful for years, instead of a few minutes! In case you are wondering about the orange thing on the bean bag – it was meant to be a monster!

To make the notepads, I used some card and paper that had been loitering in my home for ages. I thought the kids might like having little notepads to draw or write in. Whether or not the kids liked them, I did! I found the left over ones really useful and now make myself notepads regularly. The notepads looked a lot like the superman cards pictured above with paper inserts sewn into them. Sadly I can’t find a picture of the ones I made though!

If you have a lavender plant or several make use of it by making lavender wands . Aside from the lavender you will need some ribbon, which you could source cheaply second hand. Kids that like magic will love them!

After each party my kids went to one year, all going home sweets went in a jar. I then rationed them and let them have something from the jar once a week. There were still loads left so we decided to use them for the lucky dip.

I also got my son to go through his little toys e.g. farm animals, toy cars etc. He choose a load he didn’t want any more – enough to give each party goer one. I then wrapped up in newspaper a toy and a sweet for each child.

The parcels went in the lucky dip box – a cardboard box filled with shredded scrap paper.  The kids seemed happy enough and at least they only actually took one toy home with them. I felt that was better than a bag full of stuff they don’t need or want!

One year I wasn’t going to do party bags, but I had a last minute loss of confidence in that idea and decided to throw something together. I looked round my home for little things that would appeal to kids that we don’t need. I found:

Each child had 5 little things!

For the party bag alternatives, I chopped some envelopes in half (they were the long rectangular ones). Then I, cellotaped up the sides and stuck a spiderman sticker on each of them for decoration.  None of the kids complained, so I’ll take that as a good sign!

Instead of spending money on gifts, you could just give the kids the money! Then they can choose what they spend it on (or save it). I gave out pound coins after a bowling party once, which went down really well, especially as they could then spend them on the machines around the bowling alley!

A slice of cake

This is a really simple and easy gift! On their way out, give them a slice of birthday cake. It also has the added bonus that more of the cake is likely to get eaten. During the party, they will probably already filled up on food and so they can take the cake home to eat at a later date.

You don’t have to give a gift at the end of a party. Being invited to a party is a gift in itself, especially if you have paid a lot for them to take part in an activity!

Some of these gifts take longer to make than others. So as time has gone on, I have veered towards the quicker zero waste party bags alternatives! I did enjoy getting creative though and making things like the notepads and the beanbags.