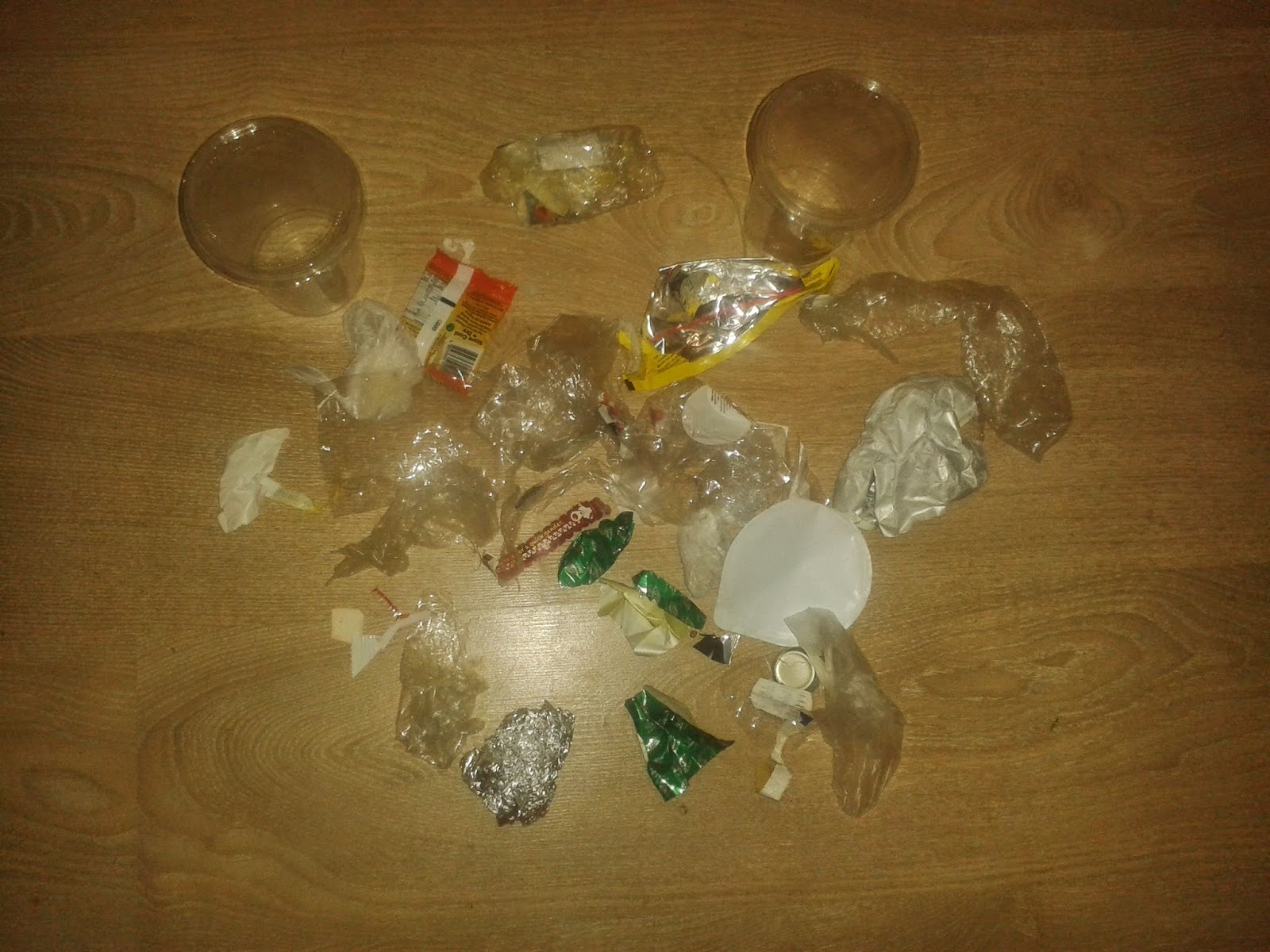 A weeks worth of rubbish!

Uncategorized
Zero Waste Week 2014 ran from 1st September to 7th September and I pledged to throw nothing away during the week.  I didn’t want to make life too difficult though so I carried on as normal, but kept any rubbish that I would have thrown away. I haven’t had time to blog about what happened until now, but this is what I would have thrown in the bin during Zero Waste Week: 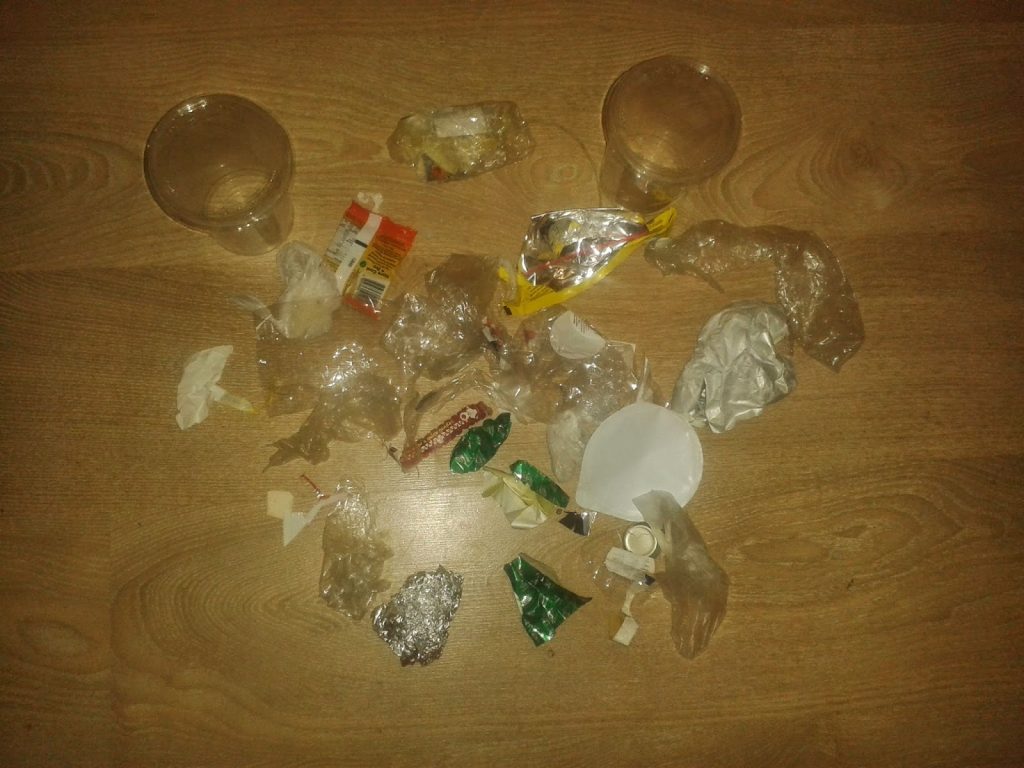 Most of it (except the yoghurt pots) fitted into one small ice cream carton.  There were also a couple of things I did put in the bin – a paper towel I used in a public toilet, a soiled bed wetting mat (despite planning to buy reusable bed wetting mats for ages, I now admit defeat and know that it just isn’t going to happen as my kids are so nearly past that stage now) and a plaster.
I was pretty pleased with producing such a small amount of rubbish during the week and it made me feel as though all my hard work during my Year of Eco Challenges is definitely paying off.  I may not be zero waste, but I’m not too far from it!
What did I do differently during the week?
Why did I still have rubbish that I couldn’t recycle or compost? 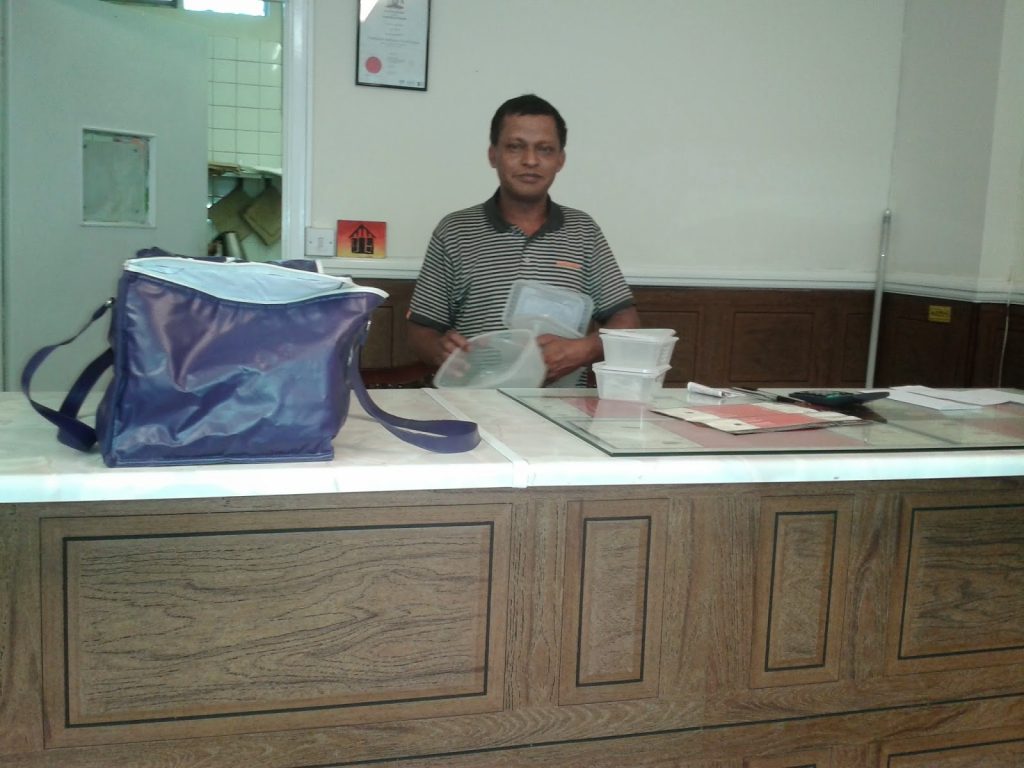 Unfortunately my takeaway wasn’t entirely zero waste as I forgot to take the lid for the box they put the naan bread in and I forgot to ask them not to cover it :(.  I also didn’t have a box big enough for the poppodoms and I forgot to ask for the onions without plastic bags.  I did remember to ask for the dip for the poppodoms to be put in my reusable container though…  Lessons I learned  – be very specific about all food being placed in reusable containers and remember to take all the lids! 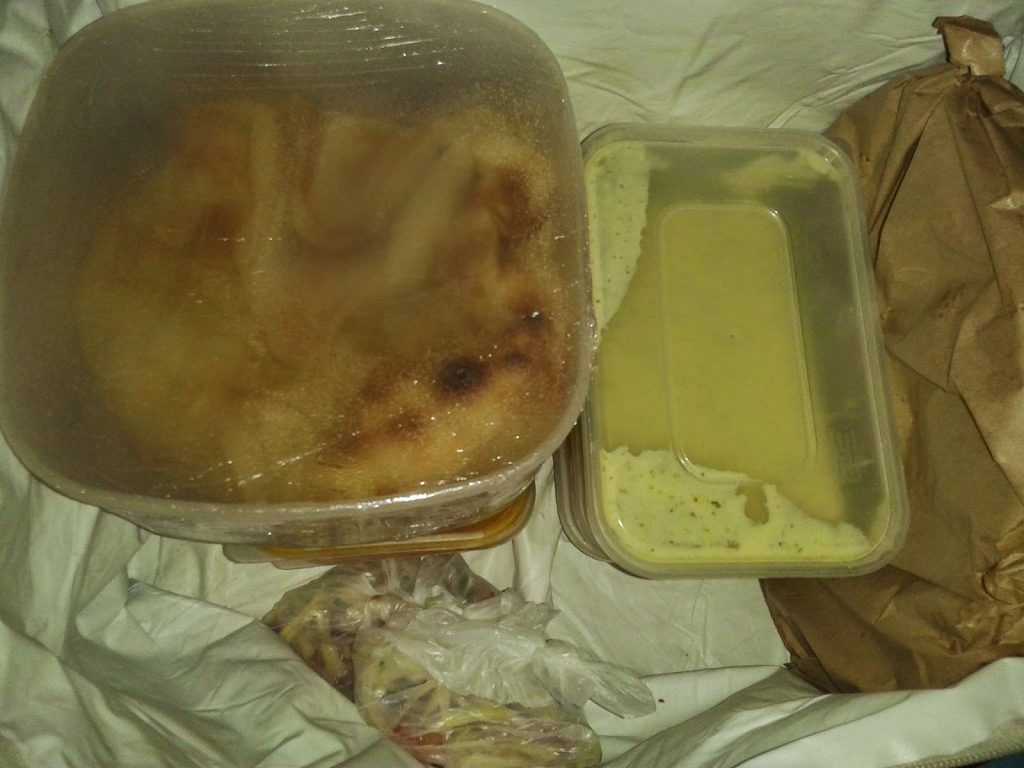 So that was my Zero Waste Week 2014!  Well done to everyone who joined in this year and if you didn’t (or even if you did) you can always sign up for the next one here!
I am currently undertaking a Year of Eco Challenges . If you have a moment I would really appreciate it if you would consider sponsoring me with an action (no money involved) on my DoNation page. Also if you liked this post please click like on Facebook and follow on Twitter – thanks so much!
Tagged: ecoenvironmentFrugalGreenrecyclereducereusesustainablethriftyzero wastezero waste week