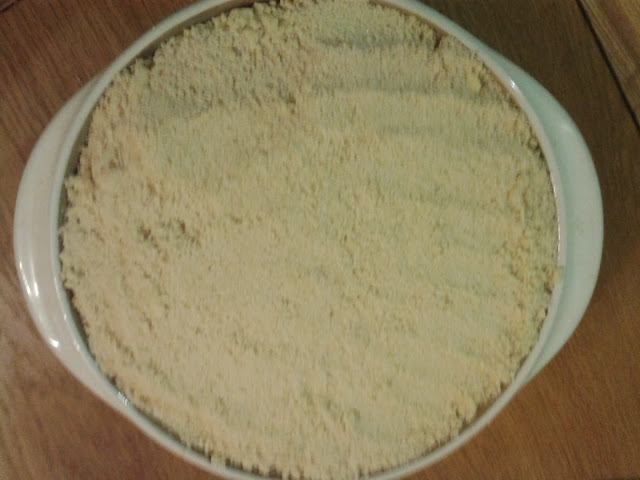 What to do with a glut of apples!

Food Waste / Food
Several weeks ago my husband came home with a whole load of apples from the apple tree where he works. They were already a little over-ripe so I put them in the fridge.  I asked for suggestions on Facebook about what to do with them and got loads of great ideas.
People suggested: 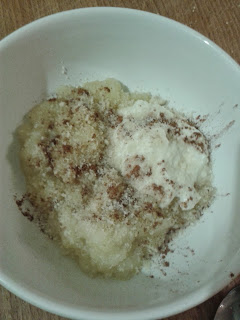 Well I did make apple crumble (not for me as I am sugar free) , I also made stewed apple, added apples to homemade soups and had an attempt at making apple cider vinegar (I don’t think it’s worked though..)
I added cinnamon and ground almonds and a bit of homemade yoghurt to this stewed apple (pictured) – a variation on this dessert.
I still have some apples left – which I could combine with my Jerusalem artichokes and make soup using this recipe.  Or I could try making apple leather (I have been given one gift from my husband this year for Chanukah – a dehydrator, which I haven’t tried out yet..).  I also quite like the look of these apple and raspberry crumble bars which would also use up some of the raspberries I froze over the summer…

The problem I found with the over-ripe apples though was that the minute I started eating stewed apple and putting them in my soups I put on weight!  I guess they are pretty sugary and I have found the minute I start eating anything sugary my weight goes up… I’m just going to have to feed them to the rest of the family (who aren’t quite as anti sugar as I am) or put them out for the animals…