Yesterday we again had a little of the kids breakfast porridge go to waste, some sandwich crusts and some rice cakes.  Younger son walked off with the rice cakes, threw them on the floor and trod on them… He doesn’t quite get the whole zero waste thing!

I have been thinking about next week though and how I can reduce our waste to as little as possible.  The other day I had a clear out of our tinned and dried goods cupboard and found quite a bit of stuff which was either past its sell by dates or soon approaching them.

This is the cupboard before the clear out: 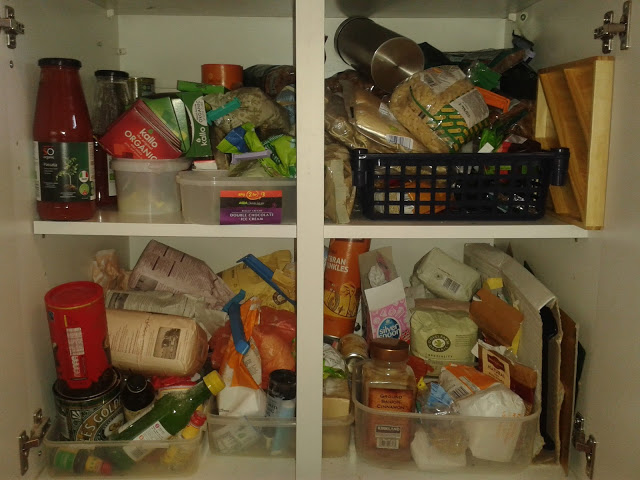 These are a couple of the really out of date foods I found:

Lasagna sheets that were best before July 2012 and rice spaghetti that was best before October 2012. 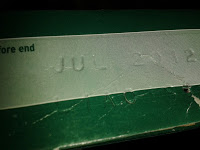 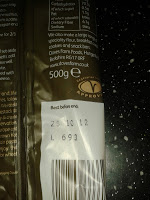 The problem is we don’t usually eat these foods and some of the others like couscous, lentils and barley that I found in the cupboard.  I like them, but the rest of the family aren’t too keen (apart from the lasagna), so we I don’t make them…

I asked around on Twitter and @PracticalPure said ‘dried foods like pasta can go years over date apparently’ @MadChookLady said if it looks alright and smells alright she would give it a go. @Ugifter said she would eat frozen pasta and dried pasta that was a year out of date – thanks for the tips!

So next week I am going to try and incorporate some of the past their best before date food in our meals, even if it means cooking one meal for me and one for everyone else (something I try to avoid as much as possible)!

I am keeping a food waste diary in preparation for National Zero Waste Week next week – why not join in and give it a go!