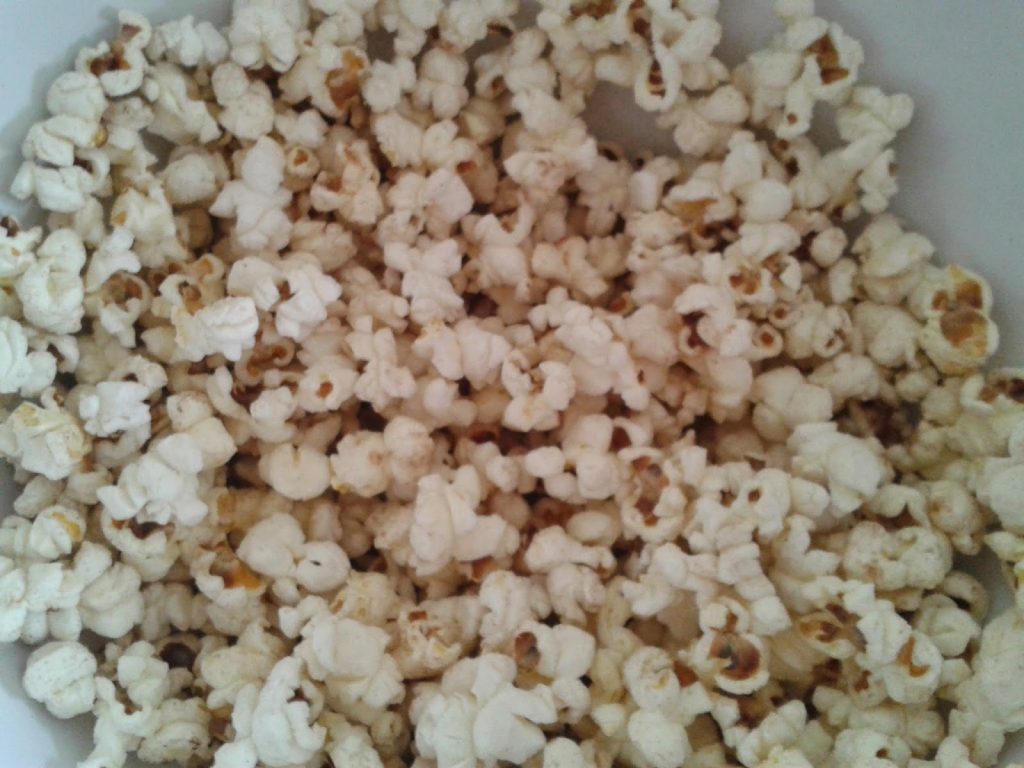 Recently I put some popcorn in a pan on the hob, went out the room for a few minutes, got sidetracked and the next thing I knew the fire alarm was going off. I immediately remembered the popcorn and went straight to the kitchen which was filled with smoke. My three year old followed me and we both breathed in the smoke, which wasn’t great to say the least.

Very luckily the popcorn wasn’t on fire and I immediately turned off the hob, opened the door to the garden and put the popcorn outside, where it continued to let off smoke.  I went back through the house opening outside doors and windows to let air in and the smoke out and the house was cleared of smoke within a few minutes.
The smell stayed though.  The house absolutely stank and I had a sore throat for days afterwards, as probably did my three year old.  Smoke inhalation is one of the key killers in a fire and even without the popcorn being on fire we could have been seriously harmed if we hadn’t got away from the smoke quickly, so we were pretty lucky.

Non-toxic ways to get rid of the smell of smoke

The only cleaning products I usually use are water, lemon juice, bicarbonate of soda and vinegar. Articles on the internet about getting rid of the smell of smoke talked about having to air the house for days, potentially replace carpets, cooker hood filters and soft furnishings e.g. curtains, as well as scrubbing every inch of the walls and cupboards clean after a house has been filled with smoke. When I read that I got pretty stressed, but decided to give the non-toxic cleaning techniques a go anyway before I started throwing things out. Also luckily for us most of the smoke had been contained in the kitchen and hallway, which have wood floors and not much in the way of soft furnishings.

I did the following:

After a few days the smoke smell from the house was gone and although it took a little longer for the smell to fully go from the saucepan and extractor fan filters, they are just fine now!

No sore throat sweets for me

To be honest if I had found some in the cupboard I probably would have had some, but we didn’t have any and I would prefer not to take them, because really they are just sweets.  Even the sugar free versions aren’t great as they are full of sweeteners.  What I did do was drink lots of hot lemon with a little honey (I don’t usually have honey because I am sugar free, but I decided to make an exception in this case).  Sometimes I also added cloves and chamomile flowers.  I tried to give some cooled down tea to my son, but he wasn’t having any of it. I did give him a little honey though.

Before this happened I hadn’t given much thought to a fire drill in the house.  My natural reaction was to go straight to the kitchen and of course my 3 year old followed. If that kind of thing ever happens again, I would put my son in a safe place first and get a fire blanket ready before I go anywhere near a potential fire.  We have one in our kitchen which is near the door to the room. In this situation it probably would have been better to have one in the hallway, but we keep it in the kitchen as it seems more likely there would be a problem while we are in the kitchen.  We have mains wired fire alarms in our house and I’m very glad we do and that they work!  Otherwise it could have been a very different story.  I also won’t be leaving the room while making popcorn again!

Although I wasn’t too happy that my house stank of smoke for days and that my son and I had sore throats, I was really pleased and relieved that I didn’t have to throw anything away and that the non-toxic cleaning products and methods worked so well.  Also I have had a mostly unused bottle of vodka in my cupboard for years and it was good to be able to find a use for it!  My son and I are fine now and all I can say is thank goodness for fire alarms and vodka!

I am currently undertaking a Year of Eco Challenges . If you have a moment I would really appreciate it if you would consider sponsoring me with an ACTION (no money involved) on my DoNation page. Also if you liked this post please click like on Facebook and follow on Twitter – thanks so much!

6 thoughts on “Thank goodness for fire alarms and vodka!”