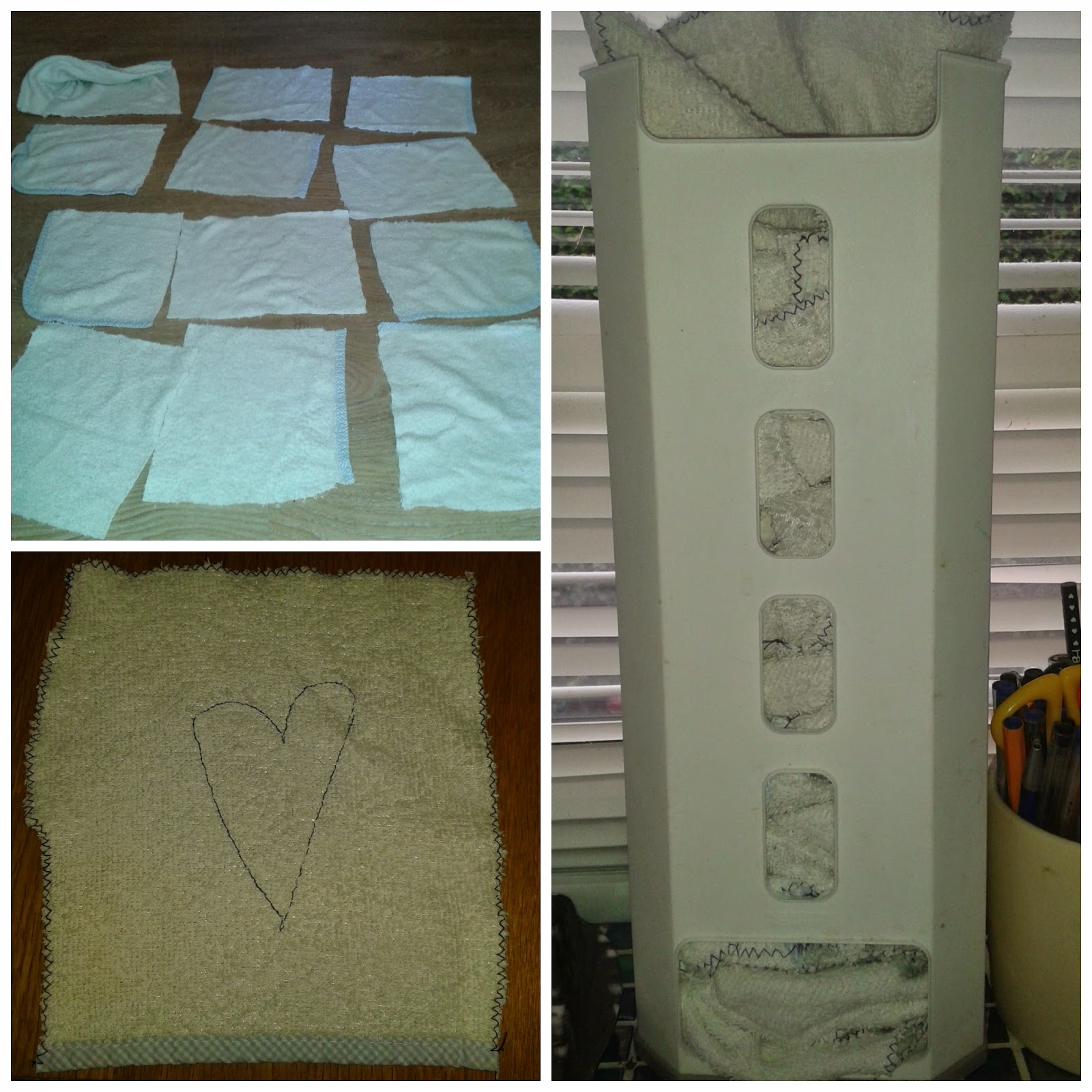 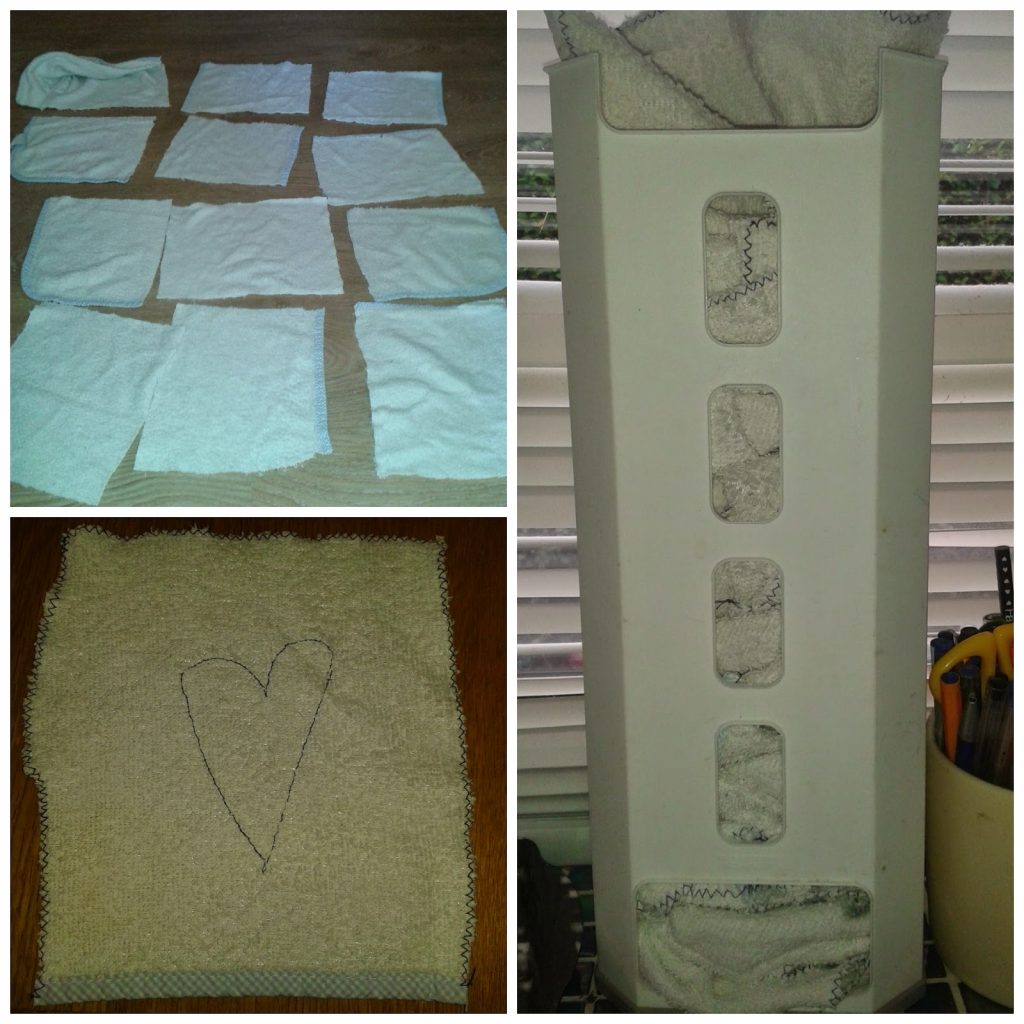 During my decluttering sessions for the Minimalism Game (read more here) I came across some white towels that we used when the kids were babies.  I was about to donate them to charity when I decided that actually they would make really good dish cloths if I chopped them up.
Cleaning cloths/ dish cloths are worked hard in my house. I use them all the time as I rarely use kitchen roll and I never use wet wipes. I store them in what used to be a plastic bag dispenser, just behind my sink and after use I hang them to dry on a little clothes airer I have in the kitchen while I am saving them up to put in the wash (I dry them between washes as otherwise they start to get mouldy and smelly).
I have been thinking about replacing my dish cloths for months.  I was considering knitting some but that’s as far as I got – the knitting needles didn’t come out the cupboard :).  In the mean time lots of my dish cloths have become rags and it really is time to replace them (or at least downgrade some of them to use for the messiest jobs).  So I was quite excited about being able to make my own from something I already had at no cost to us!

Here’s how I did it: 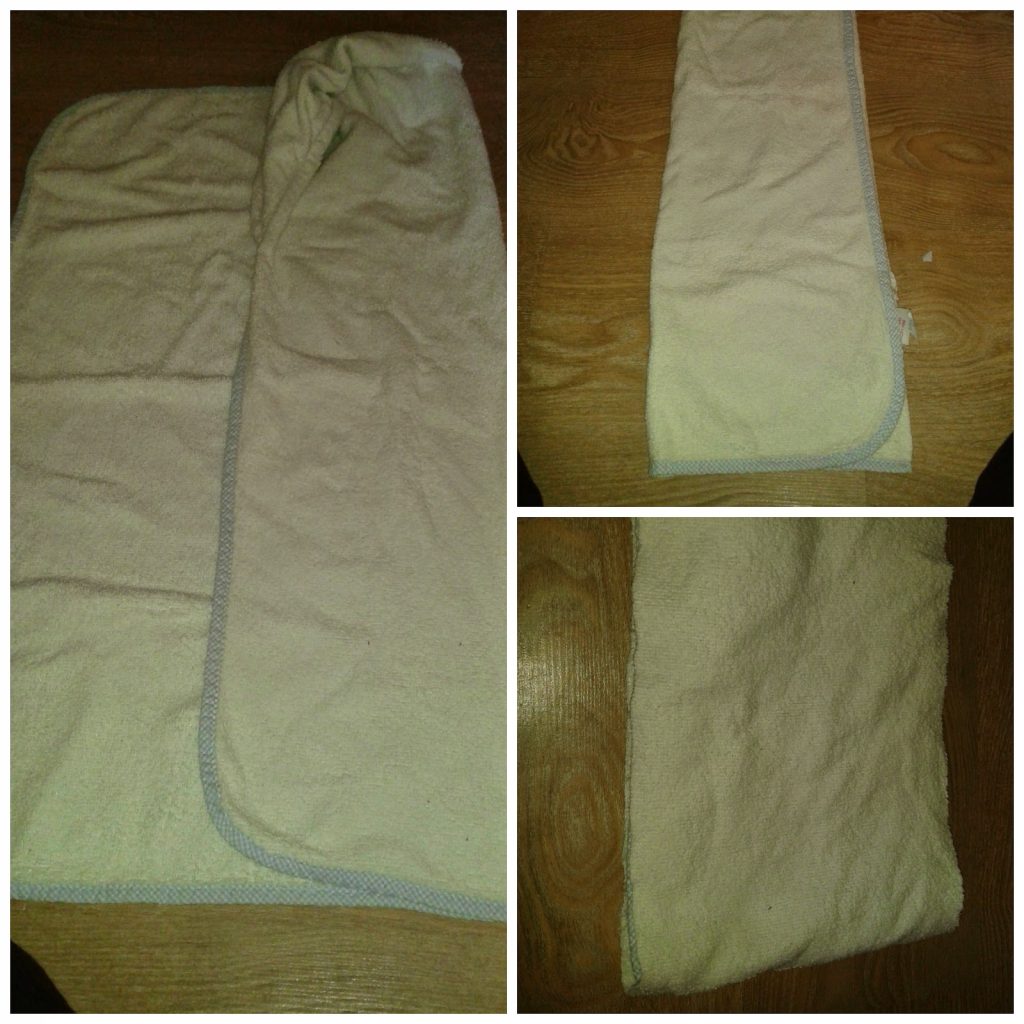 That was it – very simple! I had two towels so I ended up with 24 new cleaning cloths.  Cutting out the cloths only took about 10 minutes, but sewing the edges took a bit a bit longer – around two hours. I think it was two hours and 10 minutes really well spent though.  I avoided the shops and didn’t spend any money. I enjoyed doing a bit of sewing, I even got a bit creative and did a bit of freestyle sewing adding a heart to one of the cloths and I made really good use of something I already had.
The edges aren’t perfect as you can see from the pictures but it really doesn’t matter and I have found using the cloths really satisfying in a way that it really wouldn’t be if I had gone to a shop and bought them!

I haven’t actually got rid of any of the old dish cloths yet, but I plan to have a sort through and put the ones in the worst states either in fabric recycling or if they are 100% cotton, I will chop them up and put them on the compost heap.